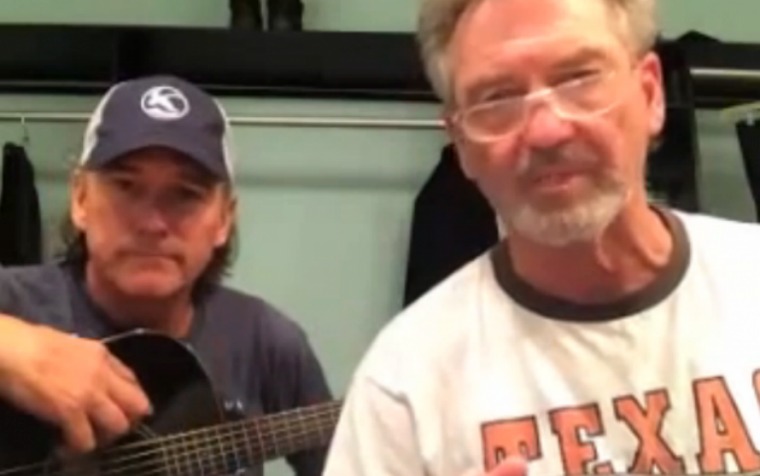 The recent news of terrorists carrying out their gruesome beheadings both here at home and abroad have angered and frightened Americans and citizens across the world.  Well Larry Gatlin and Billy Dean have decided they’re not going to sit around and take it anymore. They’ve released a new song called An American With a Remington, which has gone viral after the two Country singers wrote it in just a couple of hours.

Gatlin remembered something the great Johnny Cash told him, which really gave him confirmation that he should write the song in the first place.

“Like Johnny Cash told me one time, he said, ‘Pilgrim, when something makes you mad enough, you’re d–n sure to write a song about it.’ So me and Billy wrote one.”

And that’s just what Gatlin and Dean did. “It really pi–ed us off,” Gatlin said. “Folks are stirred up about this stuff, and they should be,” adding, “These gutless, worthless terrorist cowards are attacking innocent people, and we as a nation won’t stand for it. We’re pi–ed off, and we hope this song delivers a message to the bad guys.”

And the song has really struck a chord with people listening to it, with millions already hearing the catchy track.

“The feedback we have gotten from this song has been overwhelming, and with good reason,” Dean said. “It has reached over five million people on Facebook in just a few hours, which tells us something about the temperature of the situation. People are mad as hell, and there’s an army of Americans who know how to use a gun and who respect life, liberty and the pursuit of happiness.”

The pair of Country singers say they plan on releasing a studio version of An American With a Remington soon, and we’ll be looking forward to it!

Check out the song An American With a Remington by Larry Gatlin and Billy Dean below, and let us know what  you think!