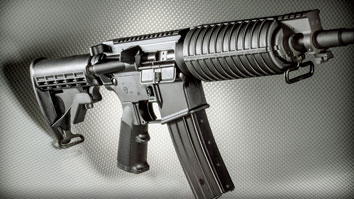 Find and Contanct your Representative in the US House by Zip Code:
http://www.house.gov/representatives/find/

The American gun owning public is being duped again, just like we were duped the two weeks before the election when we were convinced that Romney was ahead by several percentage points. The media, including our “friends” at Fox, Drudge, and other “conservative” outlets, are attempting to sell us the concept that the “assault weapon ban” legislation can’t pass, and this is a lie. We are told that Bill Clinton sternly warned his party that they will be punished in the mid-terms, and that the NRA is “too powerful” for any real legislation to make it through congress. This is also a lie. Behind our backs, the political machine is crafting public opinion in what have become the majority voting blocks to convince national and state legislators that they are safe for the next election… and they are safe. American gun owners didn’t show up in force for the last election, and we are not feared as a voting block any longer. Don’t be a fool and believe it when they tell us we can’t lose. We are going to get beaten again if we don’t act. And this time it isn’t a slippery slope. This time they are going to outlaw an entire class of guns with no loopholes.

If you are on the GunsAmerica email list, or you are clicking in from the website, you are probably a gun owner of some type (or you are desperately trying to buy your first gun before they ban them), and you may feel that we are “preaching to the choir.” But there is also a 90% chance that YOU HAVE NOT CONTACTED YOUR LEGISLATORS to let them know that you are strongly against any kind of weapon ban, or any increase in our national or state gun laws whatsoever.

You are silent, because you think it is someone else’s job. But it is your job, and you have to make yourself be heard. Call and email your legislators today.

The NRA came into this fight almost a month late and their response has been anything but well received. Even though President Obama’s kids are guarded by armed guards in schools, and even though Dianne Feinstein actually possesses one of San Francisco’s few concealed carry permits, the very sane suggestions of the NRA have fallen on mostly deaf ears. The media , including Fox, has beat up Wayne Lapierre and is inflating every shooting incident in the country right now, trying to keep the gun control energy as high as possible, so that the legislators will have the courage to vote against the wishes of the majority of their constituents. The only way they can do this is their constituents, meaning YOU, remain silent.

You must call and write your legislators today. Let them know that you know who they are. You know their name, and you will remember how they voted come election day. Don’t just use the web form, and don’t just call their Washington, DC numbers. Call their local numbers and tell their staffers that you and ever gun owner you know will be watching them, and funding their opponents if they vote for this ineffective and stupid legislation. At some point you have to take action, and you have to go that extra step, and now is the time.

Most gun owners, like most of America, are ignorant to world history. Most people don’t know that Kristallnacht, the famous “night of broken glass” in Germany in 1939, was actually a gun roundup. It is considered the beginning of the Holocaust, but what most people leave out is that Hitler published sweeping gun confiscation legislation on November 11, 1938, the day after the famous Nazi rioting. You will find the same gun confiscations in the pages of the dictatorial and murderous takeovers of China, Cambodia, Ukraine and throughout history. The first thing every government spinning out of control does is register the guns. Then they round up the guns. Then they declare martial law, putting the military in charge. Do you feel like America has been heading in the right direction? Do you wonder why “prepping” has become more popular than NASCAR? The government knows that America is a powder keg waiting to pop, and they are trying to use a manufactured crisis to take away your guns.

In President Obama’s speech, which took place right in the middle of SHOT Show of course, he played to “law abiding gun owners,” specifically calling out to our petition that we all signed at the beginning of this crisis. The President actually had the nerve to say that this wasn’t about politics and the tactics of a dictatorial regime, despite the fact that rifles, including AR-15 and other magazine fed rifles, are only used in a tiny percentage of gun violence. He even admitted this during the debates. He was appealing to middle class casual gun owners and hunters. They want us to turn on ourselves. They want the old hunting crowd to say “I don’t know why anyone would need a gun like that,” or “why would you need a magazine with more than 7 rounds.” They want the Ipad generation to fall into lockstep with their ideals, and for the old hunting crowd to back them up. We saw it at SHOT Show. Hunters are historically traitors to the 2nd Amendment, and this will be no different.

The people who outvoted us this past November don’t believe in the Constitution. The Ipad generation believes what they see on TV. While all those TV personalities hire armed guards and carry guns themselves to protect their own life and property, they are building public opinion against our 2nd Amendment freedom to keep and bear arms. The Ipad generation doesn’t understand the nature of mankind, and the implicit design of the US Constitution and the Bill of Rights. The Holocaust was 60 years ago, not 600 years ago YOU TOUCHSCREEN ADDICTED IDIOTS. This isn’t about President Obama. It isn’t about what happens next month or next year. The 2nd Amendment must be preserved if our freedom is to be preserved. If we give anything today it will be the next thing we give at the next crisis, then the next thing we give at the next crisis, until we are all defending ourselves with airguns like they do in European Union today. Please contact your legislators today.