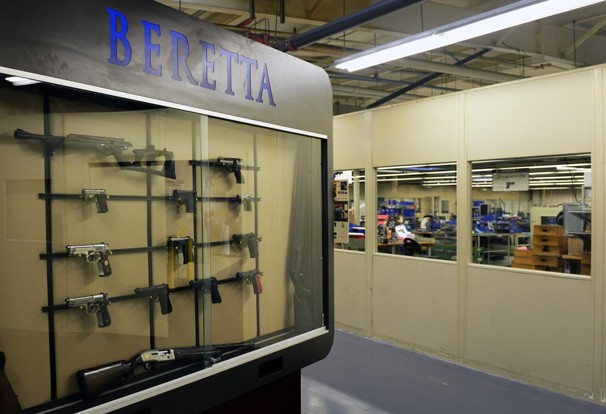 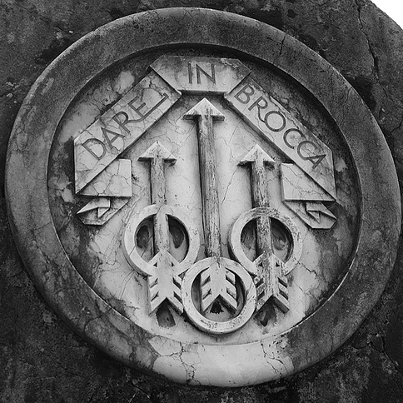 On the production floor of Beretta USA sits a hulking new barrel-making machine ready to churn out the next object of obsession in America’s love-hate relationship with guns: a civilian version of a machine gun designed for special operations forces and popularized in the video game Call of Duty.

Beretta, the nearly 500-year-old family-owned company that made one of James Bond’s firearms, has already invested more than $1 million in the machine and has planned to expand its plant further in Prince George’s County to ramp up production.

But under an assault-weapons ban that advanced late last week in the Maryland General Assembly, experts say the gun would be illegal in the state where it is produced.

Now Beretta is weighing whether the rifle line, and perhaps the company itself, should stay in a place increasingly hostile toward its products. Its iconic 9mm pistol — carried by every U.S. soldier and scores of police departments — would also be banned with its high capacity, 13-bullet magazine.

“Why expand in a place where the people who built the gun couldn’t buy it?” said Jeffrey Reh, general counsel for Beretta.

Concern that the company will leave, and take its 300 jobs with it, is palpable among state lawmakers who worry it could be collateral damage from Gov. Martin O’Malley’s proposed gun-control bill.

Among other restrictions, O’Malley’s bill would ban assault rifles, magazines with more than 10 bullets and any new guns with two or more “military-like” features. Gun experts said it’s a near-certainty that Beretta’s semiautomatic version of the ARX-160, now only a prototype, would be banned under O’Malley’s bill.

“I’m concerned. I think they’re going to move,” said Senate President Thomas V. Mike Miller Jr. (D-Calvert). “They sell guns across the world and in every state in the union — to places a lot more friendly to the company than this state.”

In Beretta’s low-slung factory along the Potomac River in Accokeek, where walls are lined with trophy heads of caribou, wild boars and black bears shot by employees, the legislation proposed by O’Malley (D) feels like an affront.

In testimony this month in Annapolis, Reh, who oversees the plant, warned lawmakers to consider carefully the company’s future. Reh pointed to the last time Maryland ratcheted up gun restrictions in the 1990s: Beretta responded by moving its warehouse operation to Virginia.

“I think they thought we were bluffing” in the 1990s, Reh said. “But Berettas don’t bluff.”

Growth of a company

The small U.S. division that Beretta started 35 years ago in Prince George’s has added substantial swagger to a company that already billed itself as the “World’s Oldest Industrial Dynasty.”

From behind the modest brick facade of an abandoned gun plant it purchased in 1977 on Indian Head Highway, Beretta won a landmark contract to become the standard sidearm of all U.S. military personnel in 1985. To the chagrin of American competitors, it soon replaced the venerable Colt 45.

More than a half-million of the company’s guns have been shipped to the Army, Air Force, Navy and Marines, each stamped as made in Accokeek.

“We literally are part of the arsenal of democracy,” said Reh, sweeping his hand toward the production floor, where on a recent afternoon more than 1,000 of the military version of the pistol sat in various stages of assembly. “That’s why we consider this so insulting.”

To fulfill the contract, Beretta expanded the plant by the length of a football field, installed an underground shooting range and hired 500 people. By 1990, during the peak of the first Gulf War, the company was the second-largest employer in Southern Maryland and had a supply chain of contractors that employed hundreds more.

Today, the company produces more than 100,000 guns annually, supplying the militaries and police of the United States and its allies, including the Iraqi army. It has shipped an additional million for purchase by private citizens, including some on display at its high-end galleries in Dallas, London, Milan and Paris. There, Beretta has turned firearms into a luxury accessory with its $130,000 Montecarlo shotguns, $1,000 hunting jackets and sweepstakes to hunt with the Duchess of Rutland.

The company’s new rifle, which it is reluctant to call an “assault” weapon, could add to that profile. It would be the first civilian version of a machine gun that is now available only to militaries, and that is configured with a clip-on grenade launcher for many special operations units.

The assault-weapons ban isn’t the only part of the governor’s bill Beretta dislikes.

In Maryland, gun manufacturers are required to register as firearms dealers, which some say could expose the company to lawsuits for selling and shipping weapons as dealers do. The Senate Judiciary Committee, which passed the governor’s bill 7 to 4 late Thursday, spelled out an exemption for Beretta and a handful of other smaller manufacturers in the state.

But the company said it is still not clear how it would handle warranty and repair issues for its many lines of guns, which are also serviced in Accokeek. The bill does not specify if the company could charge to fix guns that would be deemed illegal for sale, or if it could legally ship them back to their owners. Lawmakers said intermediary gun dealers would likely have to facilitate the transactions.

O’Malley aides say the bill could have outright banned manufacturing of assault weapons in the state but did not in part because of Beretta, which has agreed to meet with the administration on Monday to discuss the bill.

“We think getting assault weapons off the streets and keeping this company can both be accomplished,” said Raquel Guillory, O’Malley’s spokeswoman.

But some lawmakers said Beretta will have to be a bigger part of the discussion before the bill passes.

Del. Joseph F. Vallario Jr. (D-Prince George’s), whose district encompasses the Accokeek plant, said he would do everything he could for the company.

“We want to keep those jobs,” said Vallario, chairman of the House Judiciary Committee, which has a key role in approving the legislation.

As he walked along the production floor recently, Reh said Beretta officials say they do not want to leave their U.S. headquarters in Maryland.

Relocating high-tech machining equipment and vats of chrome used to plate Beretta barrels would be costly and out of character for a company that is still based in the Italian town where it began in 1526.

The company’s Italian patriarch, Ugo Gussalli Beretta, visited the plant shortly after O’Malley introduced his gun-control bill, and the two discussed the issue. But Reh declined to say if the two reached any decisions about what would happen if the governor’s bill passes.

“All I can tell you is, Mr. Beretta said, ‘There always seems to be a problem with Maryland.’ ”

This article was originally posted by Aaron C. Davis, CLICK HERE to view the original article