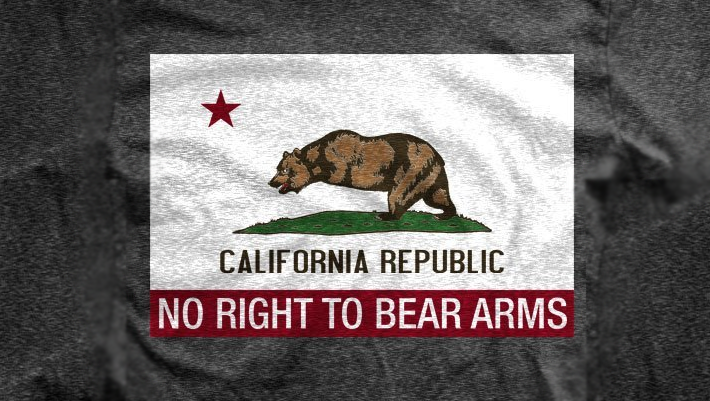 That’s correct, under Senate Bill 53, responsible gun owners would be required to submit personal information to the state, undergo a background check and pay a $50 fee before being allowed to buy ammunition. Their information would be stored in a state database controlled by the Justice Department and the individual would have to present photo ID at a gun store upon making an ammo purchase.

Additionally, gun dealers and ammo vendors would be required to obtain special permits to sell ammunition.  Those gun owners or gun dealers/ammo vendors who fail to follow the law would face misdemeanor charges.

(1) Existing law requires the Attorney General to maintain records, including among other things, fingerprints, licenses to carry concealed firearms, and information from firearms dealers pertaining to firearms, for purposes of assisting in the investigation of crimes, and specified civil actions.

Sen. Kevin De Leon (D-Los Angeles), the bill’s sponsor, spoke to the LA Times about the objective of SB 53, which according to him is “to ensure that criminals and other dangerous individuals cannot purchase ammunition in the state of California.”

“To purchase a product that has the potential to maim or kill another human being you can (now) walk into a gun store, no questions asked,” he continued. “I think that’s a little outrageous.”

However, not everyone in the state Senate voted for the measure, which passed by a vote of 22-14. Sen. Jim Nielsen (R-Gerber), one of the bill’s staunchest opponents, believes that it’s a huge government overreach.

“We are criminalizing legal, historic behavior in the state of California and putting onerous burdens and regulations and requirements on law-abiding citizens,” Nielsen told the LA Times.

As for the other bills the Senate approved, they include (Sources: NRA-ILA/USA Today/Opposing Views):

SB 374, which as the NRA-ILA noted, essentially bans the sale, purchase and manufacture of virtually all semi-automatic rimfire and centerfire rifles that do not have a fixed magazine and requires those who currently own such firearms (so called ‘assault weapons’) to register them with the state.

SB 396, a ban on standard capacity magazines that hold more than 10 rounds.

SB 47, a bill that places onerous restrictions on “bullet buttons.”

SB 567, a bill that would reclassify certain shotguns as :assault weapons.”

SB 683, a bill that would require all gun buyers to take a firearm-safety certificate class.

SB 755, which would expand crimes that would result in a 10-year ban on owning or buying firearms. Additions include drug- and alcohol-related offenses, hazing, violations of protective orders and court-ordered mental health treatment.

“We all can recite the horrific acts that have occurred in our country over the last year,” Senate President Pro Tem Darrell Steinberg (D-Sacramento), said after the bills were approved. “These bills attempt to respond to those well publicized tragedies and many more that go unpublicized.”

It should also be noted that on Tuesday, yesterday, the state Senate also approved a SB 108, which would require all gun owners to keep their firearms under lock and key whenever they leave their property.

“A gun is left on a dresser, a kitchen table, and the responsible adult is not there. And somehow a child picks it up, plays with it, and does harm to him- or herself,” said Senator Leland Yee (D-San Francisco), who touted the bill as a way to reduce accidental gun deaths involving children.

Gun owners who fail to secure or safely store their firearms while absent from their home will be liable should anything happen.

All of these bills will now head over to the California State Assembly for consideration.

This article was originally posted by S.H. Blannelberry