Let’s talk about knee-jerk reactions when something bad happens. The media is salivating, just waiting for the next tragic story to come in so they can post it all over their network before anyone else beats them to the punch. They don’t say, “Man, something bad happened. We need to get our facts in order so we can tell people what actually happened.” Instead, they jump in with excitement and race to the scene to cover an event and get it in front of you, their audience.

While they’re out scavenging the world looking for something tragic to happen, guess who’s the first group that gets to voice their opinions? You guessed it – the media.

Journalists spend their lives chasing stories. And that’s fine; that’s their job. But their job is not to analyze the situation and then broadcast their own opinions to the world.

The shooting at the Navy yard in Washington is a prime example. I mean, the trash and useless information they put on the air was embarrassing. I felt like I was listening to little kids point out the obvious, and then repeat it over and over, adding in more of their own uninformed speculations each time.

But they just can’t help themselves, and even worse, they pretend to be instant experts on every subject. A plane crashes, and Piers Morgan’s an aviator. A bomb goes off and he’s a warrior. The next thing you know, what’s dominating the airwaves are the opinions of the media – instead of the facts, evidence and the truth of the matter.

I can’t even watch today’s media because the twists and the turns are so pathetic and weak. The worst part is, half the people in the country believe it all.

When someone asks me a question or my opinion on something and I don’t know the answer, I say, “Hey, I have no clue, but I’m sure I can find a resource who can help you out with that.” That’s an honest answer.

Stop acting like you know it all, because none of us have all of the answers. We all have the right to voice our opinions, and I would never argue with that. What we all need to avoid is having those knee-jerk reactions to significant events that happen within our country and in the world.

Because when you go on TV in the middle of the crisis and misinform the public with incorrect information, your words have consequences. 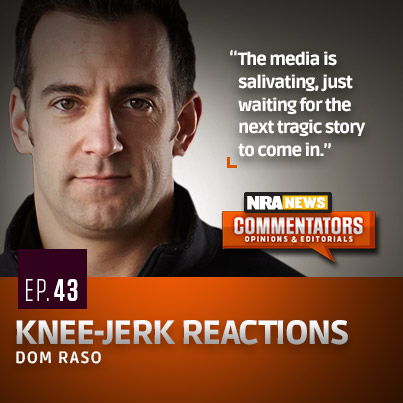