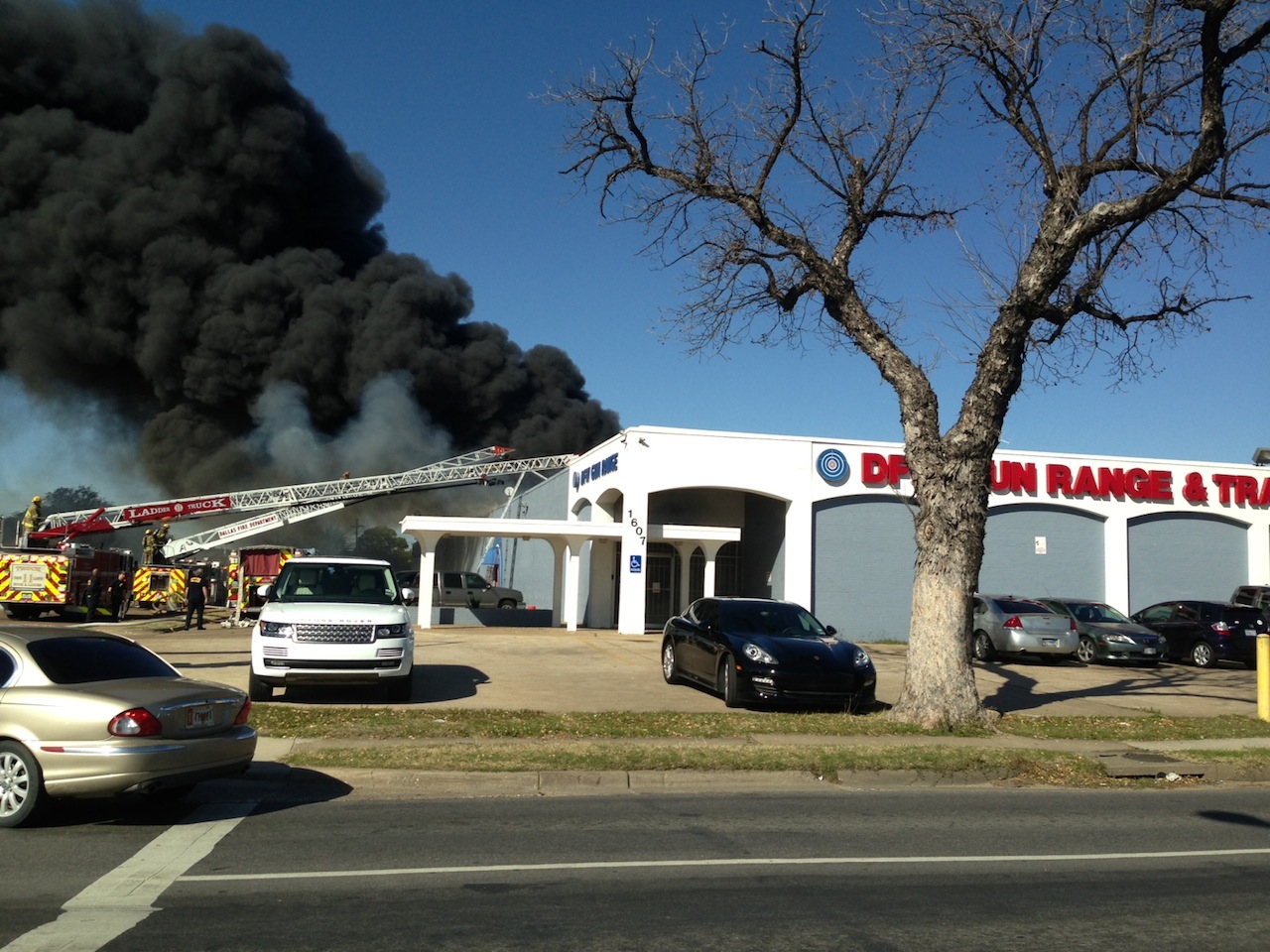 DFW Gun Range is now a prime example of why you do not shoot tracer rounds at indoor firearm ranges.

The following news report comes from KHOU in Houston TX

By Sunday night, the concern had shifted to the weapons that remained in the smoldering wreckage of the one-story building.

Heavy black smoke was visible from downtown Dallas soon after the first alarm was sounded at 2:37 p.m.

About 50 people were inside the gun range when the fire broke out, but all were able to escape safely.

The company’s Web site listed a number of classes on Sunday, including an “Introduction to Handguns” scheduled at 3:15 p.m.

“It was pretty scary,” said one range patron who gave his name as Brett. “There are a bunch of bullets in there, and there’s not telling how far or when they’re going to go off.”

Franco Alvarez was also inside. He said he heard “many multiple small explosions.”

One firefighter was treated for smoke inhalation.

Police kept onlookers at least a block away due to the threat of exploding munitions.

Dallas Fire-Rescue spokesman Jason Evans said a shooter at the range admitted firing unauthorized tracer ammunition. The small flare that is part of the round makes it easier to follow the path of the bullet, but the pyrotechnic component apparently triggered the inferno when it hit the target.

“It flares up a little bit, and whenever you fire the insides of that backing at a gun range, they can easily catch that backing on fire,” Evans said.

Evans said the man who admitted to firing the tracer bullet will not be prosecuted, because it is considered to be an accident and no laws were broken. The man may still face civil action from the owner of the gun range.

By nightfall, bulldozers carved away at the wreckage, but security wasn’t far away. One regular patron at the gun range told News 8 there were at least 100 handguns amidst the debris, along with assault rifles and ammunition —attractive targets for looters.

The fire was less than a mile-and-a-half south of Love Field Airport, but there was no report of flight delays due to the heavy smoke in the area.

Runoff water from the fire was an environmental concern, and a storm water agency was scheduled to arrive at the scene for testing.

Mockingbird Lane, which had been closed to traffic during the firefighting operations, was reopened around 6 p.m.

Thirty-five people were inside when heavy rain caused the roof to suddenly collapse.

The problems didn’t stop there; flood waters also washed through the building. One person was injured.

DFW Gun Range cleaned up the mess and later reopened.