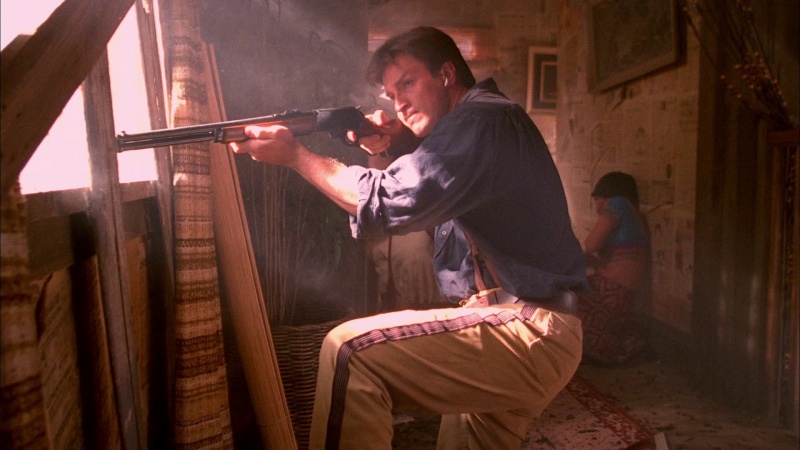 GunBroker has published a list of the top five best-selling firearms in every category from pump-action shotguns to semi-automatic rifles to revolvers. Is your favorite gun on the list? Let’s check it out. First up, let’s get to the classics.

As seen in the Shooting Times.

As seen on, I’m not sure what.

As seen here on Guns.com.

As seen at ICollector.

This line-up is totally understandable. The Browning Citori has been one of the easiest-to-recommend over-unders since hitting the market. It combines quality and elegance with affordability and it comes in a lot of different variants which bump up its sales. You’re not going to see the great names in over-unders on any best-selling list because they carry a price in-line with their luxury status.

It’s also clear that Ruger did right by bringing back the Red Label. The updates they made to the design are certainly boosting sales, too.

As seen in “The Good, the bad and the Weird”

As seen in “Firefly.”

As seen in the original “True Grit.” Is it OK to say you liked the new one better?

As seen in “My Name is Bruce.”

As seen in “Thank You for Smoking.”

These are all probably neck-and-neck with each other. It’s hard to imagine that any one of these classics is going to lead the pack by any significant margin when it comes to sales. That being said, the Winchester 94 probably comes in first more often than not.

A new-manufacture Model 1894, the Model 94 is approachable and still carries the legacy of John Browning’s most famous rifle design.

As seen in “Thunderheart” which holds up pretty well if you watch it today, a little preachy though.

As seen in Los Santos.

As seen in a movie you should recognize by yourself.

As seen in the best buddy cop move of all time.

As seen in “Paycheck.” No wait, that what Bruce Willis was cashing.

Not surprisingly, in the number one and number two positions lie the Remington 870 and Mossberg 500. It is as it has always been and always shall be.

What’s interesting is that the Kel-Tec KSG is at the number four spot. People complain about how hard they are to find but if the KSG is sandwiched between the Browning BPS and the Winchester Model 12 Kel-Tec must be manufacturing them in numbers. Also it’s neat to see that 50 years after production stopped, the Model 1912 is still selling strong. They made a couple million of them and they last forever, so it’s mind-bending or anything.

As seen in the hands of the fastest shooter alive.

Better to be seen and not heard.

As seen in “Lone Wolf ‘I punched the end off this thing’ McQuade.”

As seen in “The Good Total Recall.”

The Remington 1100 has been the gold standard in American-made semi-auto shotguns for ages and it’s not going to blow anyone’s minds that it’s in first place. And the Auto-5 makes sense, too. Ubiquitous and manufactured in quantity, these numbers are probably getting a boost by lumping in the sales of new-manufacture A5s.

But the Bora BR-99 is an attention-getter. As far as rifle-style semi-auto shotguns go, we’d expect to see a Saiga, Vepr, Catamount or Akdal shotgun well before Bora turned up. This could be a temporary sales anomaly or maybe the BR-99 is more exciting than we ever thought.

As seen in 22Plinkster’s most capable hands.

As seen in “The Good Red Dawn.” Wolverines!

As seen on the T/C website. Not every gun gets used in movies.

As seen in, wait, Dirty Harry had a rifle? Yeah, nobody ever remembers that.

As seen in Jake Gyllen, Gillin, Gylin … some Jarhead’s hands.

Some of this as expected. The Ruger American Rifle is quickly developing a reputation for having the greatest bang-to-buck ratio of any rifle ever made and the Remington 700 has been America’s number one bolt-action rifle since forever.

But it’s noteworthy to mention that other names in quality and budget-friendly bolt guns aren’t on this list, like Savage, Tikka or CZ. Well, if you think about it, Savage probably has too many different models for any one in particular to hit a top five and CZ can barely keep up with demand at home, let alone in the U.S.

As seen in “The Objective.”

As seen in “The Long Kiss Goodnight,” the greatest post-Cold War Cold War movie ever.

As seen in the only still I could find of any M&P rifle used in a movie.

As seen in “Stone Cold,” the greatest adaptation of any Robert B. Parker pulp fiction.

Clearly GunBroker is not grouping AR-15 lowers together on this one because that happy black rifle is without a doubt the most popular semi-automatic rifle in the States and probably will be for a long, long time. The fact that M&P is on this list is saying something powerful: that even a single name in the AR market can be in the top five of all semi-auto rifle sales.

Following that with the Ruger 10/22 is pretty much guaranteed, especially with the huge crop of new shooters that’s sprung up over the past few years. Again we see a surprise from Kel-Tec with their Sub-2000, the pistol-caliber carbine that everyone complains is unobtanium, yet follows on the heels the the M&P in terms of sales. Kel-Tec is clearly making tons of these, they’re just selling equally fast.

As seen in the most accurate Shoot-’Em-Up since “The Way of the Gun.”

As seen never being reloaded, not, like, not even once. Come on.

As seen never missing a headshot, not, like, not even once. Seriously.

Man, Edward James Olmos has been the same age for freakin’ decades.

Check, check, check, che — what? The Python is one of the best-selling revolvers on the market? Well, there were millions of these iconic handguns manufactured and with their recent rise in celebrity people are getting a lot of money for their older wheelguns.

And while it’s not a huge surprise that the Model 686 is number one, it is interesting that the Ruger GP-100 takes a back seat to the Blackhawk. That being said the Blackhawk comes with a lot more caliber options, from .30 Carbine to 9mm Parabellum, appealing to a larger audience than the humble GP-100.

I’m going to say it. As seen in “The Good Predator.”

As seen on the SIG website. I found a still of this from NCIS but it wasn’t very pretty.

As seen in “Band of Brothers II: Electric Boogaloo.”

As seen in “Bones.” Does anyone still watch “Bones?” Is “Bones” even still being made?

As seen in a series where two-thirds of the casualties could be avoided by simply not travelling from place to place on a giant hovering aircraft carrier. It practically was made of explosions and Shoot-N-C targets.

SIG has a lot to be proud with here, slinging three pistols into the top five. And it’s a solid spread, their classic full-size P226, their new and popular P238 for concealed-carry and their updated takes on the 1911 are all on the list. That’s gotta hurt knowing that SIG, and not Colt, is the leading seller of 1911 handguns.

Smith & Wesson gets another top showing here with their very popular M&P series. While the pistols did have their fair share of growing pains, a few years and a few updates have made this series of striker-fired pistols some of the most popular sellers in the handgun market. It doesn’t hurt that the M&P series covers everything from extended full-size competition pistols down to the most pocketable of pocket pistols, though. We’re pretty sure that if you put every model of Glock or Springfield pistol together under the same brand that these sales numbers would look a lot different.

Obviously because of model naming conventions this list isn’t a perfect indicator of what’s selling and what isn’t, and Gunbroker isn’t saying how many of these guns are being sold. But this does shed some light on a part of the industry that’s normally hard to see.

And Kel-Tec fans: if you can’t find it, it’s because you’re not trying hard enough. There are way more out there than you think.