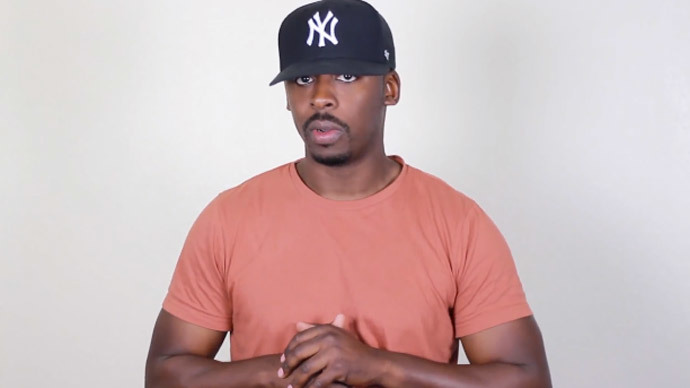 The National Rifle Association, no stranger to bad publicity, is under fire from the media for its plan to bankroll its own TV and Internet media channel that plans to launch a variety of shows promoting different approaches to firearm culture.

The NRA has spent months promoting NRA Freestyle, a new multimedia initiative that, according to its website, is a place “where adventure, style and culture collide.” Shows slated to begin soon are “Media Lab,” featuring a Navy SEAL’s commentary on violence in TV and movies, “NRA Sharp,” and “I Am Forever,” about a teenage girl on “her journey toward personal protection.”

The show to attract the most attention, though, has been “Noir,” a talking heads show featuring Colion Noir and Amy Robbins, who says her intention is to “highlight women shooters and our influence in the gun world.” The shows premieres later this week, but Noir, an African-American, has been the subject of an online conversation for his new position in a world seemingly made up of, as he put it, “old, fat white guys.”

He’s attracted more than 35,000 Twitter followers, 181,000 Facebook likes, and over 200,000 subscribers on his YouTube channel. It was YouTube where he made himself known, posting short videos in which he describes himself as an “Urban Gun Enthusiast,” and sermonizes about the ridiculousness of a certain politician’s anti-gun comment, for example, or on how powerful a specific gun is.

“I have a theory,” he said in one. “No one is actually anti-gun. You’re either pro-gun, scared of guns, or you’re hiding it, because you think it makes you look progressive. You come on my show, you’re going to have to be honest about it.”

Among those unimpressed is Jessica Goldstein, a writer at the left-leaning Think Progress who penned a diatribe against Noir attacking, among other aspects about the NRA and its new host, Noir’s fashion choices.

“Even the styling makes no sense: Noir wears a Phillies hat in one shot, an OKC Thunder hat in another, and a Yankee hat in the direct-to-camera addresses, making the clips feel even more staged than they already are,” Goldstein wrote. “It’s as if, on three separate occasions, someone on set said, ‘We need a crisp baseball hat on this guy to make him look more ‘accessible-urban.’ And no one even thought through how inauthentic it would look for this guy – from Texas! – to go back and forth between mutually exclusive fandoms.”

The host responded to the critique on his Facebook page, deeming it “nothing more than a literary minstrel show.”

The NRA has long struggled to fight the perception that it is made up of only conservative, white men who are against any kind of gun control. A Pew Research Center survey cited by the Los Angeles Timesdetermined that most gun owners are, in fact, white, with 31-percent of the Caucasians polled admitting they owned guns, compared with 15-percent of African-Americans and 11-percent of Latinos.

The NRA’s decision to hire Noir, who real name is Collins Idehen, has been portrayed as a way of breaking down the public’s perception of the group. Noir has also been scrutinized by other African-Americans for aligning himself with the white pro-gun establishment.

“He taking more heat from black people than anybody,” said Rev. Kenn Blanchard, a black guns rights activist. “The racism that exists now is mostly on our side.”

Noir said many young minorities do associate guns with gang violence in the inner city, absolving himself of that criticism by comparing himself to civil rights leaders of the past.

“Calling me an Uncle Tom simply because I’m into firearms, it doesn’t even make sense. My entire identity as a black guy is based on my ownership of guns? Really?” he said. “Some of the most influential black individuals have advocated for the use of firearms, so how come when I do it, I’m vilified? Take a look at the Black Panthers, MLK, Malcolm X.” (King applied for a handgun permit after his Alabama home was firebombed.)