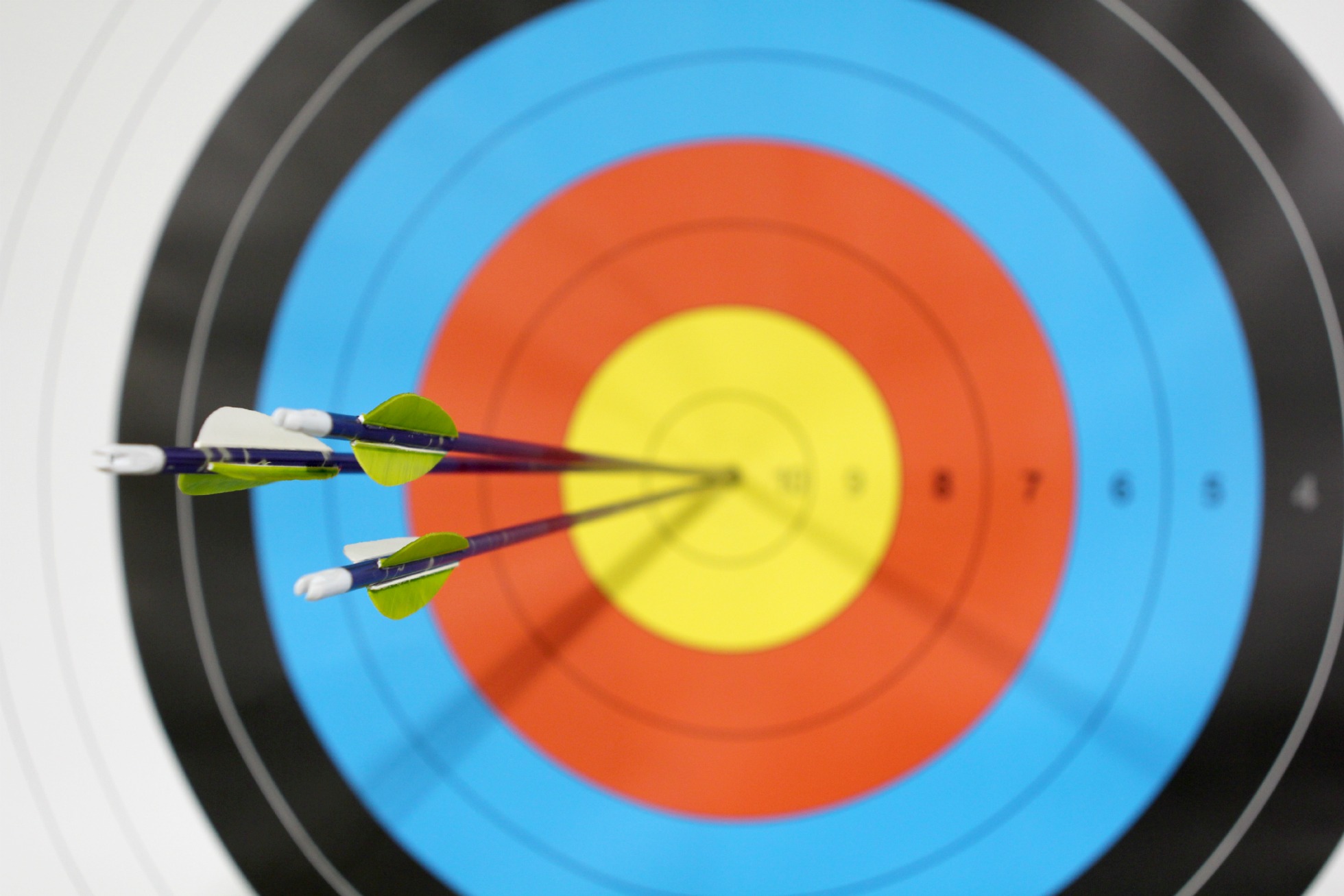 With the Eiffel Tower standing tall in the background, an arrow was released across a pool of water and landed solidly in the X ring of the target, 70 meters away. Fans were on their feet screaming as Ellison (Chula Vista, Calif.) pumped his fists in the air and hugged his coach.

The World Cup Final, the culmination of the four Archery World Cup stages that features only the top eight athletes per category, was the setting for a hard-fought bronze medal victory for the Olympic silver medalist that was nearly as sweet as gold.

Brady Ellison has had a tough year, starting the 2013 season with a broken draw hand. With only one major individual win this year – at the World Games in Cali – Ellison, seeded fifth, defeated China’s Jianping Zhang before being narrowly edged out of the gold medal race by Olympic Champion Oh Jin Hyek (KOR) in a dramatic give and take semifinals match. Oh went on to win gold over China’s Xiaoxiang Dai.

Ellison faced Korea’s rising star, Lee Seungyun, in the bronze medal match. Ellison recovered from a 0-2 deficit to push two tied sets, followed by a perfect 30, to bring the score to 4-4. A fifth set tie forced a one-arrow shoot off; Korea’s archer shot the first arrow and hit an 8, while Ellison countered with a perfect X to win the bronze medal and a record-setting fourth consecutive spot on the World Cup Final podium in as many years.

Braden Gellenthien (College Station, Tex.) has had an incredibly successful year, winning gold in Shanghai and Wroclaw this World Cup season, and silver in Medellin. Flying to Paris as the defending champion, Gellenthien shot solid scores through his first several matches; 148 to defeat Min Lihong of Korea and 146 to send Italy’s Sergio Pagni to the bronze medal match.

Gellenthien met Denmark’s Martin Damsbo for the gold medal final, and these powerhouse archers kept spectators on their feet. The pair tied on each of the first three ends until Damsbo took a single point lead. Gellenthien tied the score back up at the end of the fifth end, forcing a one-arrow shoot off.  Both arrows hit gold, but Damsbo’s 10 was closest to center, clinching the win and the Final title. Pagni won bronze over Dominique Genet of France with a massive point gap.

Erika Jones (Grand Island, Neb.) – world ranked No. 1, new world record holder, champion of the World Cup stage in Shanghai, silver medalist in Medellin and Wroclaw, and individual and mixed team champion at the World Games – has been on fire this season. Jones shot the highest score on the field all day in her first match against France’s wild card entry, Sophie Dodemont. Jones then edged out Seok Ji Hyun of Korea to earn her spot in the gold medal final.

In her final match of the day, Jones met Alejandra Usquiano of Colombia, a successful newcomer to the international scene this year. The two matched each other end for end, tying the score through the first twelve arrows. Jones opened the fifth end with a nine and Usquiano seized the advantage with a ten. Each archer followed with a ten and tied the final shot as well, but it was too late for Jones. Usquiano took gold, Jones the silver, while Albina Longinova of Russia won bronze.

Team USA continued to bring home distinct honors with Jones and Gellenthien both named as winners of the Longines Prize for Precision. This award is given to the most precise male and female athletes of the World Cup season, and according to World Archery, is determined by number of 10s shot in individual qualifications and matches as of the 1/16th elimination round.

The highly coveted prize is awarded to compound and recurve archers in alternating years and includes a Longines watch, a trophy and a check for 5,000 Swiss Francs. This year’s winners were Erika Jones and Braden Gellenthien. Jones said she was “happy that the Longines Prize designates me as being the most consistent female compound archer in the world for 2013, but I know there is always room for improvement.”

Visit worldarchery.org for complete results from the World Cup Final.

Up next for Team USA: the World Archery Championships, just a week away in Belek-Antalya, Turkey. Follow live coverage of #WAC2013 on Facebook and Twitter by following @usaarchery and @worldarchery.