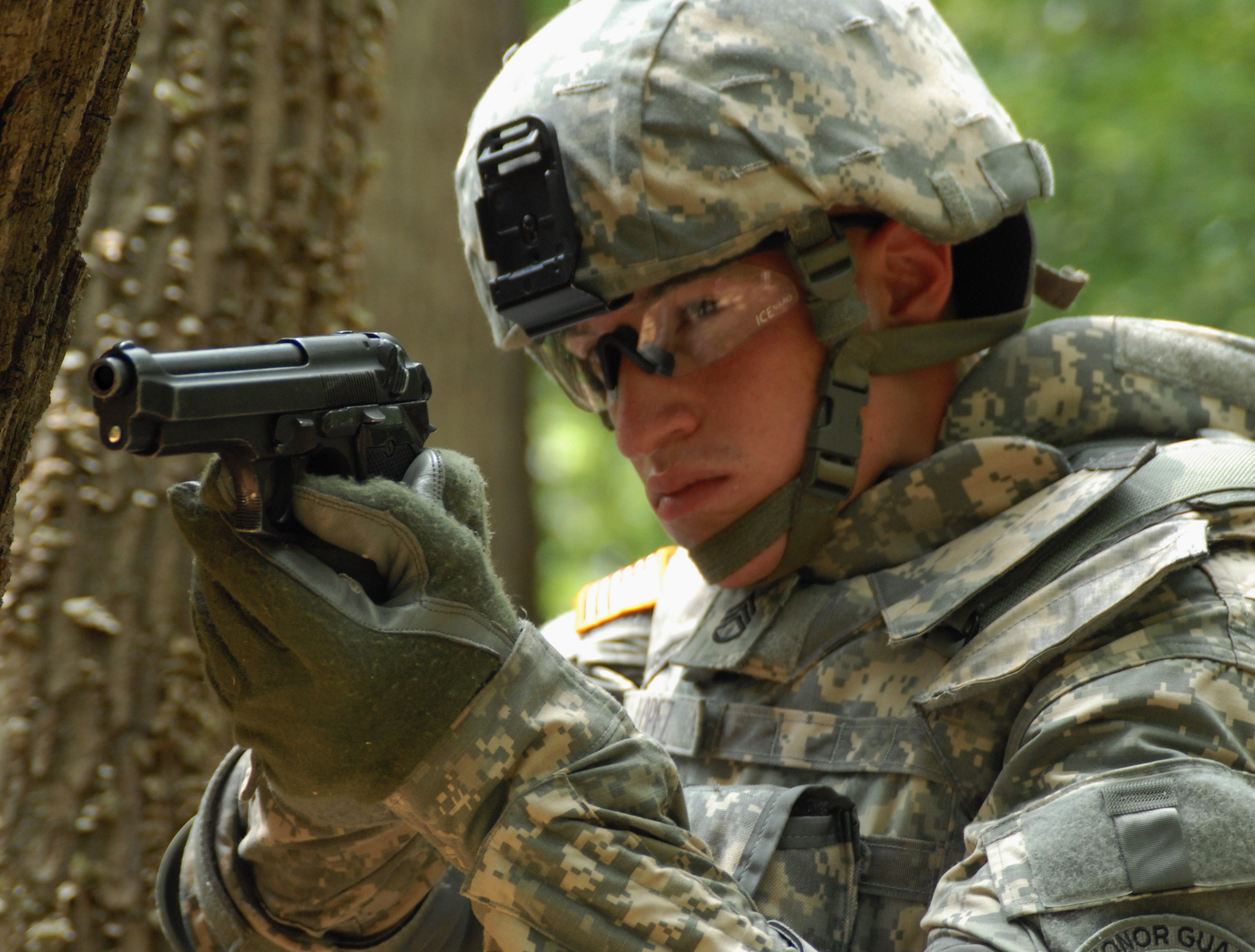 The Army issued a Request for Information June 9. This is just one of the first steps in a long process to determine if any other guns outperform the Army’s existing sidearms at a lower long-term cost while surpassing them in performance. The Army previously issued an RFI in 2013 in a joint effort with the Air Force to see if there is a handgun out there that is more accurate, more durable, easier to shoot and modular.

In addition to being a better performer than existing pistols the potential replacement sidearm will have to come with an accessory mounting system like a Picatinny railed-frame and replaceable sights for use with night sights.

“It’s a total system replacement — new gun, new ammo, new holster, everything,” said officer Daryl Easlick, with the Army’s Maneuver Center of Excellence at Fort Benning to the Military Times. Depending on the results of these trials the military may wind up purchasing as many as 400,000 new handguns.

The new sidearm program is call the Modular Handgun System and while it has traction with M9 users, Congress has some reservations about replacing existing, working handguns — albeit under-performing — at a time of widespread budget cuts. The House Armed Services Committee has recommended that the Army replace slides, frames and barrels as necessary to meet several of the main requirements of the MHS.

However, the MHS calls for more changes that what can be accomplished by swapping out the pistols’ frames, slide assemblies and barrels. And replacing those components is most of the way to replacing the entire pistol, which is why the military is going forward with the MHS RFI.

The MHS isn’t just looking for a gun that’s more flexible and requires less maintenance than the M9, they’re also looking for a gun that has a closed slide and doesn’t have a slide-mounted safety, which rules out even an upgraded version of the M9 such as the M9A1 in service with the Marines.

Open slides can lead to failures by allowing dirt and dust to readily foul guns, which is a major concern given the geography of the bulk of our armed forces. And slide-mounted safeties are susceptible to a variety of user-induced malfunctions, leaving soldiers with de-cocked and safetied sidearms when chambering a round or clearing a malfunction.

The Army is also on the lookout for something with a reduced grip circumference for soldiers with smaller hands, including the increasing number of female shooters in the military. Another requirement of the MHS is that the selected pistol must be capable of being suppressed, so extended, threaded barrels must be an option for the winning candidate.

The decision to explore other calibers is based on feedback about the round’s performance in Iraq and Afghanistan, but the military is aware of the pros and cons of other cartridges, including addition recoil, increased pistol wear, and reduced capacity.

Just like law enforcement and civilian shooters, the military is faced with the decision of what cartridge suits their needs best. Cartridges like .40 S&W and .357 SIG are hard on shooters and hard on guns, even if they deliver a harder-hitting payload. Browning’s storied .45 ACP loads a big, heavy bullet, but it takes up a lot of space, increasing grip sizes and decreasing magazine capacity.

The results of the program may find that a different bullet, not cartridge, may be the answer to their current 9mm problems, and is requesting that potential contractors supply ball and jacketed hollow point ammunition with their submissions.