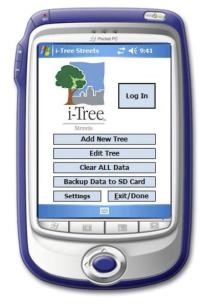 WASHINGTON – The Forest Service is making it easier than ever for homeowners and urban planners to discover the economic and ecological value of their trees, with Wednesday’s release of the free mobile software tool i-Tree 2014.

Since it was first released in 2006, the free tools found in the i-Tree suite have made it possible for communities, non-profit organizations, consultants and students to analyze individual trees, parcels, neighborhoods, cities and entire states. The software has also become a global ambassador for the Forest Service – the world’s largest forest research organization – where it is put to work in more than 100 countries.

“Urban forests are the lifelines of America’s cities, and we know that in part because of i-Tree,” said U.S. Forest Service Chief Tom Tidwell. “i-Tree helps us better understand how urban forests benefit the health of our cities and the people who live in them.”

What’s new in 2014? Two of i-Tree’s most popular tools, Design and Canopy, have been expanded with new features and another tool, Hydro, has been redesigned.

i-Tree Design allows users to evaluate the benefits of a single tree or multiple trees using Google Maps. Design currently allows users to identify location, species and size of trees on the property and get a snapshot of how that tree is benefiting the homeowner today. In the new version, Design also allows homeowners to estimate not only current benefits, but also potential future benefits and the benefits they have received over the life of the tree. These benefits include energy savings, pollution removal and rainfall interception.

One of i-Tree’s most popular tools, Canopy, is used in many countries to create quick estimates of tree canopy cover. In the 2014 version, Canopy includes estimates of ecosystem services and values related to carbon sequestration and storage, and pollution removal.

Hydro, one of i-Tree’s most sophisticated tools, estimates tree impacts on stream flow and water quality. Receiving a thorough make-over in the new version, the tool was made more user-friendly and its capabilities were broadened from only watershed level analyses to city scale analyses. Users will also be able to produce new reports and an executive summary of hydrologic results.

In addition to Design, Canopy and Hydro, i-Tree tools include Eco, Streets, Species and Vue applications.

The mission of the U.S. Forest Service, an agency of the U.S. Department of Agriculture, is to sustain the health, diversity and productivity of the nation’s forests and grasslands to meet the needs of present and future generations. The agency manages 193 million acres of public land, provides assistance to state and private landowners, and maintains the largest forestry research organization in the world. Public lands the Forest Service manages contribute more than $13 billion to the economy each year through visitor spending alone. Those same lands provide 20 percent of the nation’s clean water supply, a value estimated at $7.2 billion per year. The agency has either a direct or indirect role in stewardship of about 80 percent of the 850 million forested acres within the U.S., of which 100 million acres are urban forests where most Americans live.