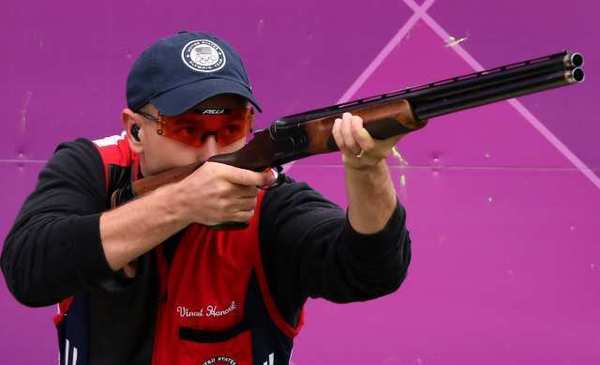 LONDON — Vincent Hancock of the United States has won the gold medal in the men’s skeet competition at the London Olympics, his second straight. 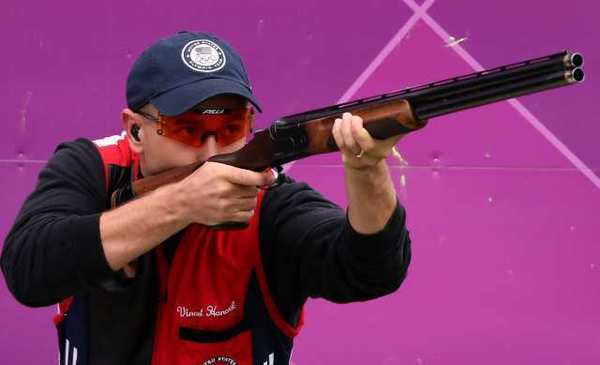 It gives the U.S. a skeet sweep, after Kimberly Rhode won the women’s competition earlier this week.

Hancock became the first U.S. man to win skeet events in consecutive Olympics, though it wasn’t without drama Tuesday at Royal Artillery Barracks.

He held a slim one-point lead over Denmark’s Anders Golding before the final round but grabbed some breathing room after Golding missed the 17th of 25 targets.

Hancock hit 148 of 150 targets throughout the two-day competition, including a perfect 25 of 25 in the final round to beat Golding, who hit 146.

Hancock, 23, struggled at times since winning the event at the Beijing Olympics, finishing 67th in last year’s world championships in Serbia, where he said earlier this week he simply “bottomed out.”

Qatar’s Nasser Al-Attiya won the bronze medal after an extra round to break a tie with Russia’s Valeriy Shomin.