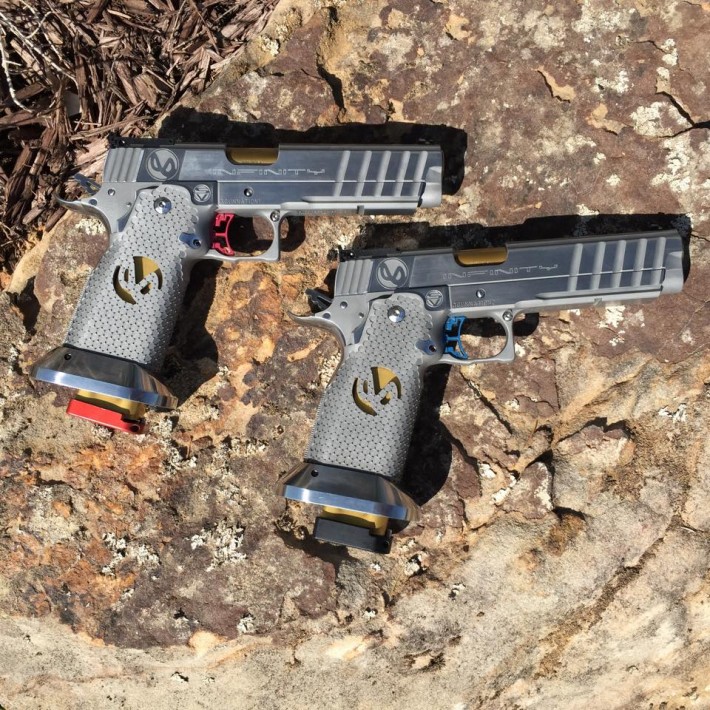 WireShots recently asked a couple of gun owners what their favorite pistol was. We had many people give us different and interesting answers from custom pistols to the ones that in their hands at the time. Every gun owner has hers or his favorite. You have the occasional fan boys who are nothing and won’t shoot any other pistol. There’s the revolver owners that say there gun will never stop working. And then you have your 1911 owners who love the fact that they have a firearm that actually feels like a gun. Some gun owners just love guns and don’t care what it is as long as it goes bang.

The usual types of brand fanatics are Glock and Smith & Wesson. These two manufacturers have been battling out against each other on many occasions. Glock are Austrian made and Smith & Wessons are made in the U.S. Glock have that unique trigger that has a crisp trigger pull with an exceptional break. Smith & Wessons have the half-moon trigger with a huge amount of take up in the trigger pull with a short reset, but finding the reset is the tricky part. The Smith & Wesson has a higher capacity magazine then the Glock. No matter which one you decide to get they both are excellent firearms. WireShots suggest giving them both a try to seeing which one you like. You could end up liking both and having two of the best firearms.

The revolver owners will always tell you that every time they pull the trigger that cylinder will work and rotate. Sometimes this isn’t true, Taurus revolvers are notorious for having a non consistent trigger pull as well as not having a good fitted cylinder. Ruger revolvers are a unique group of revolvers having a smooth consistent trigger pull and a push button cylinder release. Ruger LCR are the most popular out of this manufacturing company to be concealed carried. Smith&Wessons J Frame has been around for quite sometime now and more than likely never be replaced. Theres not much to complain about with the J Frames, they’re to simple and have been through trial and error. Revolvers have 5 to 6 rounds in the cylinder and in a gun fight, its best to have more than 6 when more rounds could be needed.

1911’s are the steel framed breed that has their place in competitions as well as being concealed carried. 1911’s have a crisp trigger pull and short reset. 1911’s have tight tolerances and are very picky on what ammo they love to shoot. Parts can be swapped out with other parts, but it comes with a price. In order to have the best 1911, you’re talking about paying some serious cash. Wilson Combat makes the best 1911’s because They are designed to last for decades. They are made to perfection, so much that it takes them quite a while to get one custom-made, but they are worth the wait. If you’re not wanting to pay for a higher end 1911, you can always get a Rock Island. Though they’ve had a bad reputation in the past it seems like they have stepped up their game in producing some descent quality pistols.

No matter what type of category you fall into or you don’t have a category, in the end they are firearms. The best way of finding out what firearm you like is to send lots of led down range with different pistols and figuring out what pistol you like.  Firearms are used for protection, as a hobby for competing, or just collecting firearms are a thing of beauty. Firearms are for those great Americans who appreciate the 2nd Amendment. Go out to your nearest range and enjoy the freedom you have to shoot these amazing machines.