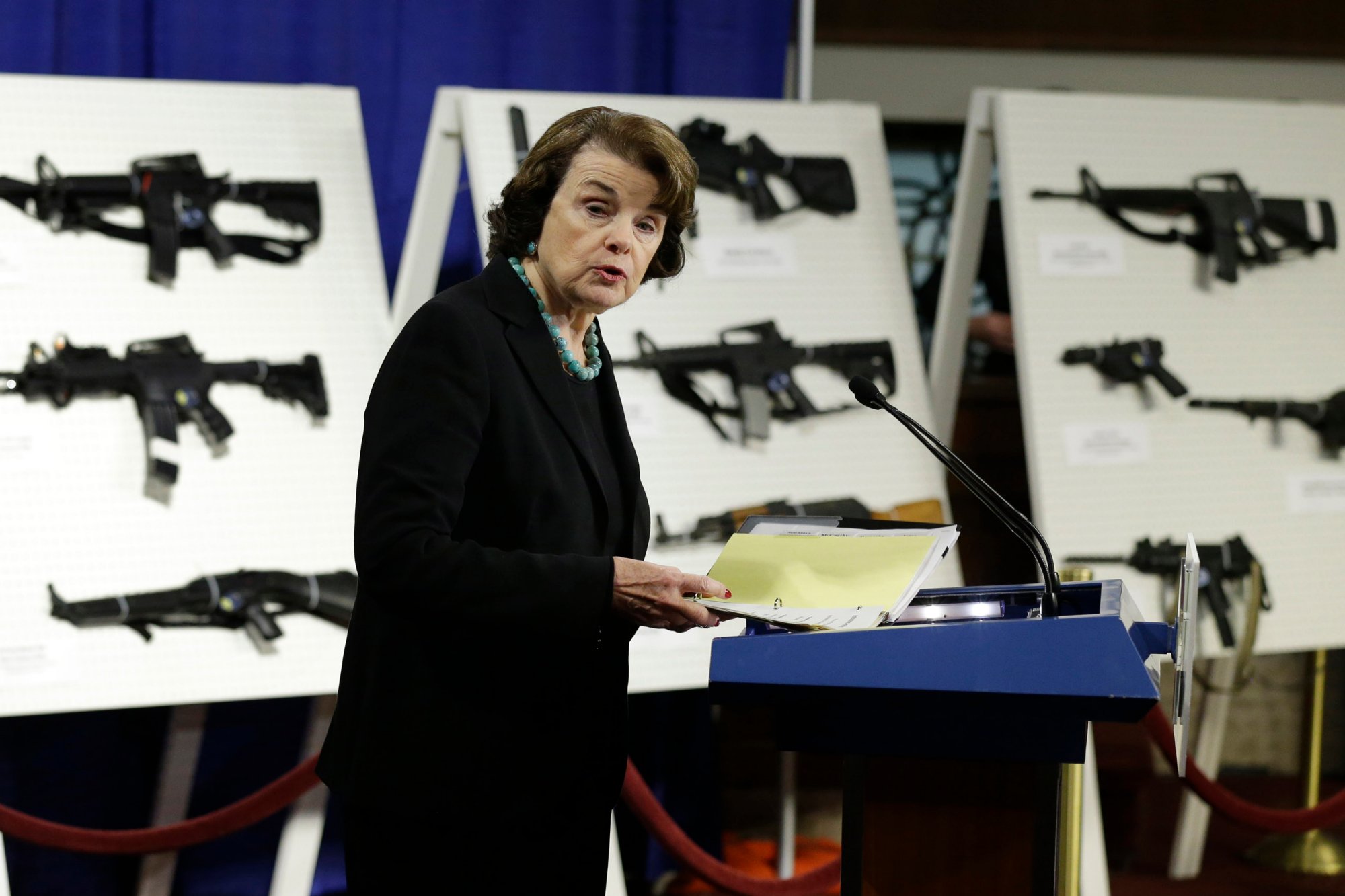 Below is a copy of the original petition that was posted to WeThePeople.gov

Senator Dianne Feinstein has made it clear she does not believe in the Constitution or the inalienable rights of Americans to keep and bear arms. She is actively working to destroy the 2nd amendment with her 2013 assault weapons ban. For this reason we the people of the united States petition for her to be tried in Federal Court for treason to the Constitution.

An outline of her bill may be found here:

Here is the Whitehouse official response:

Where We Agree and Where We Don’t

We don’t believe that Senator Dianne Feinstein should be punished for championing legislation. In fact, we’re going to continue to work with her and other likeminded Members of Congress to put in place commonsense reforms to reduce gun violence.

But we’re willing to have a reasonable debate about the steps we should take to make the country safer for our kids.

And it actually seems like we’re starting from a place of common agreement: Like many of you, President Obama believes that the Second Amendment guarantees an individual right to bear arms (he says so right here).

That’s never been in question with this discussion. What we’ve proposed are steps within the framework of that constitutional right to protect our communities from shootings and violence. If you want to see the specifics of our plan, you should visit WhiteHouse.gov/NowIsTheTime.

Now generally, it’s up to our courts to resolve matters of constitutionality. But no less an authority than Justice Antonin Scalia has written, “Like most rights, the Second Amendment right is not unlimited. It is not a right to keep and carry any weapon whatsoever in any manner whatsoever and for whatever purpose” — so we’re pretty confident that we’re on solid ground when we say we support Senator Feinstein’s legislation to that effect.

We also believe that there’s room for a civil discourse on matters of public policy — where we don’t try to silence our political opponents just because we disagree with them. In America, all of us, even those with whom you disagree, have the right to help to set our nation’s course.

Which is exactly why we created the We the People platform. Even if you disagree with everything you just read, we want you to walk away from this process with knowledge that we’re doing our best to listen — even to our harshest critics.

Tell us what you think about this response and We the People.